Voorhees achieved considerable recognition during his lifetime, exhibiting regularly along with the other members of the Old Lyme Art Colony as well as at exhibitions held by the National Academy of Design, the Society of American Artists, the American Watercolor Society, the Carnegie Institute, and the Art Institute of Chicago. He was also the recipient of several honors, including a bronze medal at the 1904 St. Louis Exposition.

In 1903, Voorhees purchased an eighteenth-century home in Old Lyme, becoming an established resident. He played a very active role in the community, becoming a charter member of the town's volunteer fire department and eventually, president of its library board. Unsurprisingly, then, many of Voorhees most characteristic oils, depict Old Lyme subjects. Voorhees also spent quite a bit of time in the Berkshire region when visiting his in-laws, the Folsoms, in Lenox, MA and seems to have preferred capturing the area during the Winter season. 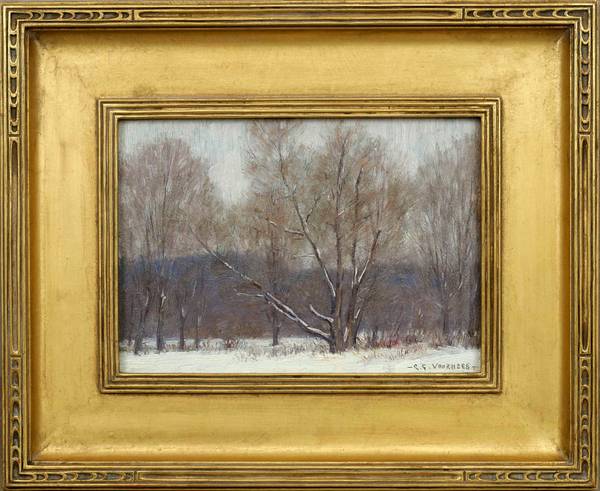 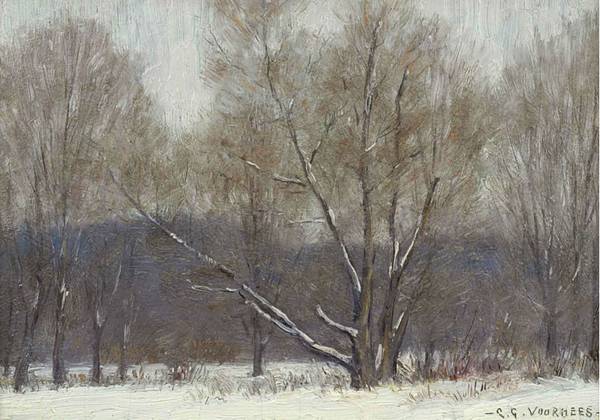