Frank A. Barney, artist, was born in Union Springs in the Finger Lakes area of New York State on December 7, 1862. In 1886 he moved to New York City and enrolled as a student in the Arts Students League. In the fall of 1889 Barney studied at William Merritt Post's studio in West Morris, Connecticut until the spring. He traveled to Paris in 1895 to study and paint in Barbizon. He later traveled throughout France and England painting.

Barney moved to Auburn, New York permanently in 1907, but continued to travel to New York City and Connecticut to paint with other artists. Barney became a member of the Salmagundi Club in 1897. He exhibited at the National Academy of Design 1881-1897, the Rochester Art Club 1892, the New York State Fair 1897, the Pennsylvania Academy of Fine Arts 1903, in Chicago, Illinois at the Palmer House and the Moulton Gallery, the Syracuse Museum of Fine Art in 1911-1919, the Society of Independent Artists 1922, the Binghamton Museum of Fine Art 1936, and the Finger Lakes Regional Show 1939, 1946.

Lovingly known as the "Dean of Auburn Artists", Frank A. Barney died on December 12, 1954 after a lifetime of producing over 3000 works. He is listed as a WPA artist. His works are represented in Syracuse Museum of Fine Art, and the Binghamton Museum of Art. 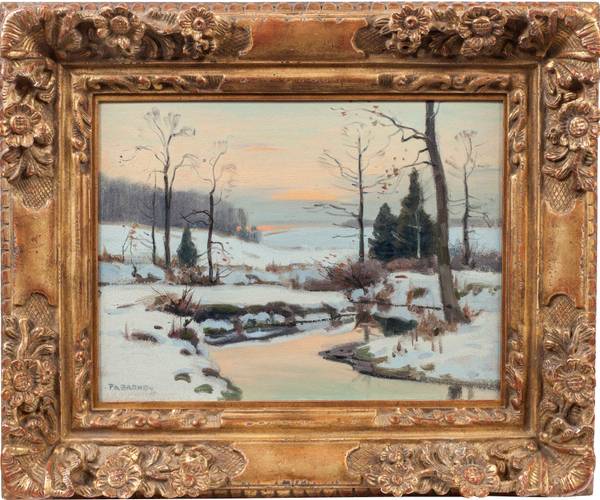 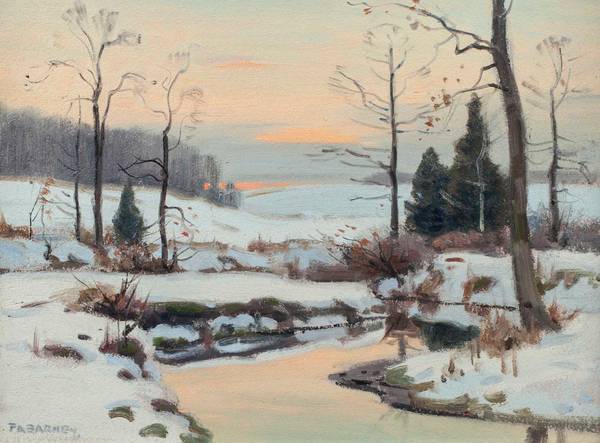