Scottish-born Hudson River School painter John Williamson came to America with his family at the age of 5. They settled in Brooklyn, where he spent all but the last few years of his life, which were passed in Glenwood-on-the-Hudson. It is not known where or with whom he studied, but by 1850, his paintings were being shown at the National Academy of Design. He was elected an Associate of the Academy in 1861, and continued to participate in their annual exhibitions through 1885. Williamson also exhibited at the American Art Union, the Brooklyn Art Association (which he helped found in 1861), and various exhibitions in Washington, D. C., Cincinnati and Chicago.

Early in his career, Williamson produced many still lives, especially of flowers in vases. After 1870, his focus shifted exclusively to landscapes, for which he is now primarily known. He painted throughout New England, Pennsylvania, and New York, producing many views of the Hudson River and Lake George. He was particularly fascinated by mountain scenery and took to recording the towering slopes of the Adirondacks, the Berkshires, the White Mountains, and the Green Mountains. 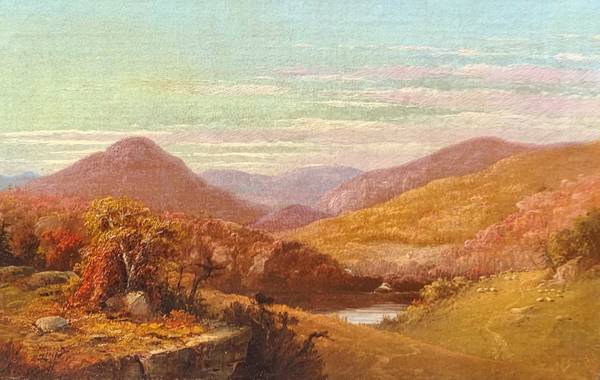