Born in 1831, Herman Herzog became a successful late nineteenth-century landscape painter. A native of Bremin, Germany, Herzog trained in Dusseldorf under the academic tutelage of Johann Wilhelm Schirmer, a historical landscape artist who painted in the style of Nicholas Poussin. The landscapes Herzog executed in Norway met with considerable praise, as the Queen of Hanover purchased three of them. The artist won the favor of such other notable patrons as Queen Victoria and the Grand Duke Alexander of Russia among other royal figures.

Upon his immigration to Philadelphia in 1870, Herzog’s paintings were already in high demand.[1] In 1871, he began his extensive tour of the Northeast, the Midwest, and eventually Florida. The Romantic quality of Herzog’s landscapes was inspired in part by his German artistic heritage, as the Dusseldorf academicians were greatly influenced by such masterful seventeenth-century Dutch landscape painters as Willem Van Ruisdael.[2] 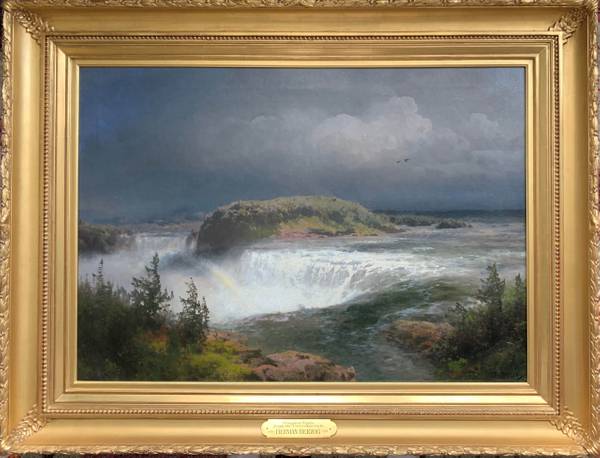