Verner White, landscape and portrait painter, was born in Lunenburg County, near Richmond, Virginia, October 5, 1863. He was the son of Thomas Ward and Alice Fleming (Cralle) White. His father was a Presbyterian clergyman who served as chaplain in the Civil War and later president of the Reidsville, South Carolina, Female College and the Greensboro, South Carolina, Female College.

White's early education was under a private tutor until seventeen years of age, when he entered Southwestern Presbyterian University of Clarksville, Tennessee. Having shown a talent for art in his childhood and giving much of his time to its study, upon graduation from the University in 1884, he began his art career in Delaud, Florida, painting landscapes among the magnolia trees, orange groves and cypress swamps of Florida and southern Georgia. In 1885 he opened a studio in Mobile, Alabama, where he received commissions for portraits from Southerners of prominence, including Jefferson Davis, former President of the Confederacy. 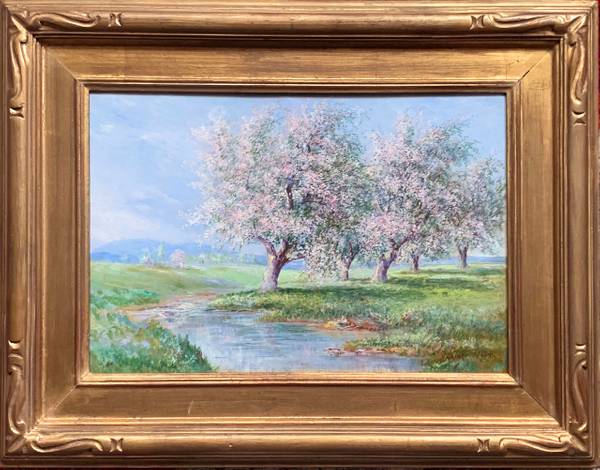