Influenced by his teachers Paul Cornoyer (1864-1923) and Frederick Oakes Sylvester (1869-1915), as well as the New York-based artist and teacher William Merritt Chase (1849-1916), Wolff developed his unique style of painting by combining the light filled leisure scenes of American Impressionism, the atmospheric effects of the Dutch Hague School, and the search for beauty in urban life of the early twentieth century.

Gustave Wolff was born in Berlin, Germany and immigrated with his family to the United States at the age of three, settling in St. Louis, a destination for many German immigrants. It was a propitious time for art in St. Louis as Washington University had recently added drawing classes to its curriculum, and by 1879 Halsey Ives had established the St. Louis School of Fine Arts, a special section of the Art Department of the University. Furthermore, there were a growing number of collectors in the city and, in turn, a growing movement to establish an art museum. Wolff was enrolled for a time at the St. Louis School of Fine Arts and was a student of Paul Cornoyer, F. Humphrey Woolrych, and Frederick Oakes Sylvester. Little more than this is known about his schooling, and it is reasonable to assume that he was essentially an autodidact.

Wolff quickly became active in the St. Louis art scene, however, and was invited to join the St. Louis Artists' Guild. The organization held regular exhibitions, and Wolff was a frequent exhibitor, drawing auspicious attention as early as 1901:

In the work of a young man named Wolff there is a breath of freedom and an independence of treatment that are refreshing. His painting is poetical and yet his touch is realistic. In two of his canvases in which there appear women, in the fields he has no little of the feeling of the Barbizon school, and I have seen high priced pictures by famous Frenchmen that did not compare with them for general effect. 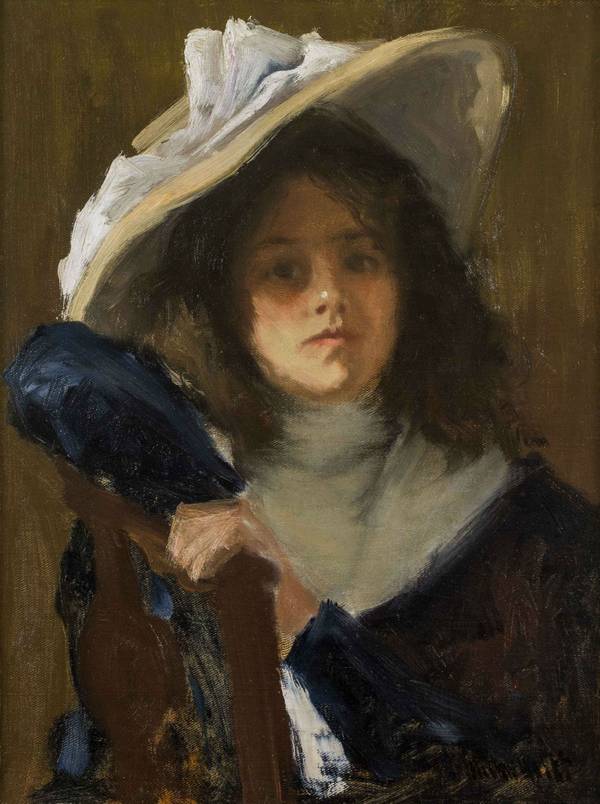