Views Across and Beyond: Important Works on Paper 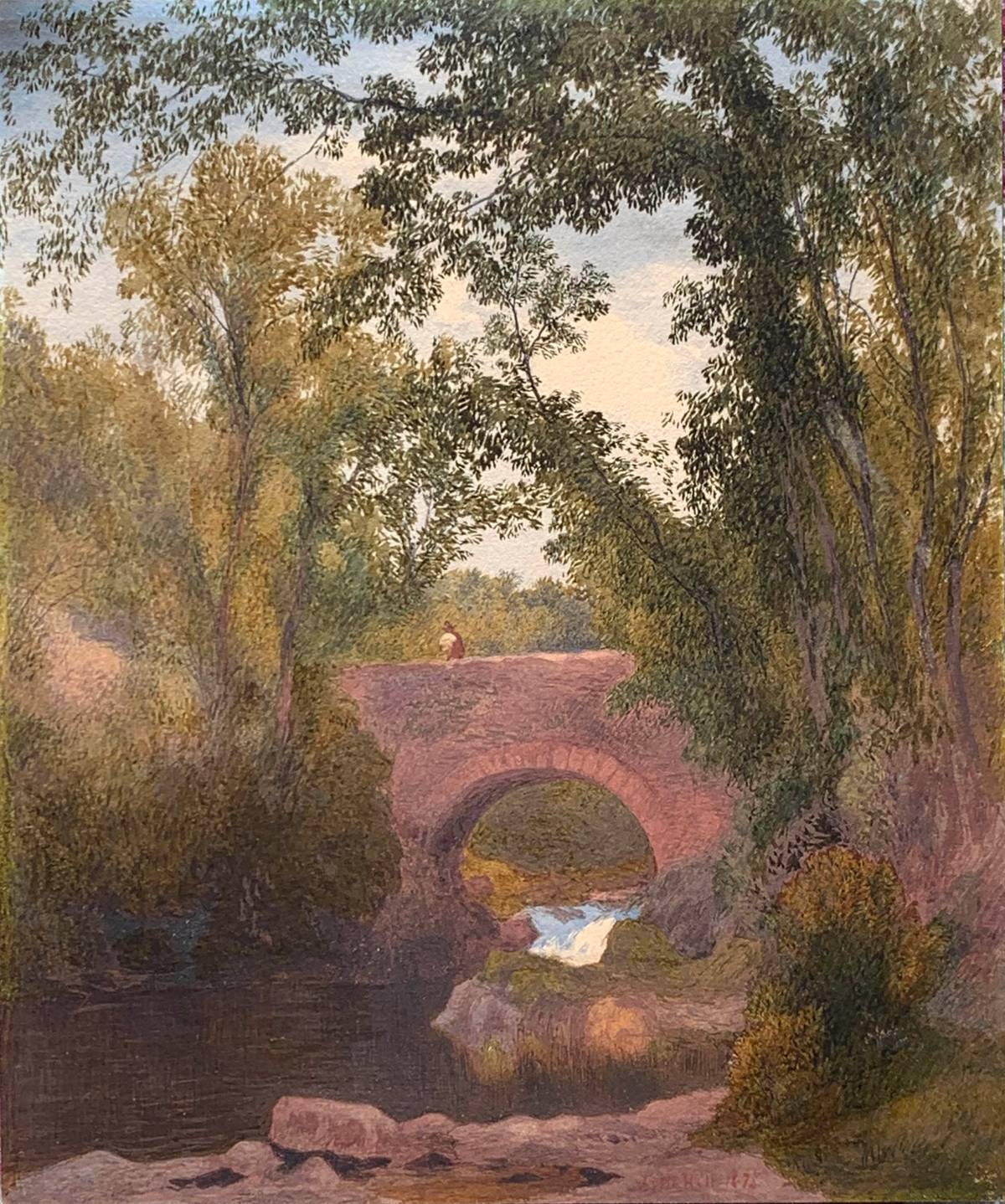 (New York, NY) Hawthorne Fine Art is pleased to announce the forthcoming exhibition Views Across and Beyond: Important works on Paper. The exhibition is comprised of more than 20 watercolor paintings acquired by a private collector over a span of three decades. The unique collection highlights the diverse technique and expressive range achieved with watercolor by 19th and 20th century artists who sought to capture the varied landscapes of our country and beyond.

Among the work to be shown will be The Old Stone Bridge by John Henry Hill (1839-1922). A follower of Ruskin, Hill delighted in capturing in minute detail the varying textures found in nature. In Stone Bridge, the artist used a dry brush and an opaque application of color to achieve a landscape rich in foliage and rocky outcroppings. Arching trees frame a lone figure on the bridge, whose arch in turn frames the waterfall below. Painted abroad in Bavaria, William Stanley Haseltine’s (1835-1900) watercolor of Ubersee depicts an intimate creek surrounded by lush flora captured in a similar Pre-Raphaelite manner.

Marsh at Sundown by Edward Dearborn Everett (1818-1903) features a sky painted in swaths of pink and orange, the colors of which are reflected in a pool of water at center. While little known today, Everett came from a prominent family that included several notable Americans including the orator and former Secretary of State, Edward Everett (1794-1865) and novelist, Nathaniel Hawthorne. His watercolor renderings of the church of the Alamo painted during the Mexican American War have been called the finest of the period.

Also included are works by several historic female artists including Ellen Robbins (1828-1905). A contributor to the first exhibition of the American Watercolor Society in 1867, Robbins is known for her life-like depiction of autumn leaves and floral compositions. In Cabin in Winter, Robbins combined her deft drafting skills with a wash of neutral tones to capture a clapboard structure in a barren winter landscape.

Figurative works with a decorative flair can be found in Woman in a Garden by William Henry Lippincott (1849-1920) and The Goldfish Bowl by William Fair Kline (1870-1931). In Woman in a Garden, Lippincott demonstrates the use of Rückenfiguren, or a figure viewed from behind. Here we see a woman in floral patterned dress accented with a blue jewel-toned sash and matching trim. The pattern of her dress is repeated in the dappled brushstrokes of the rose bush she stands before.

Hawthorne Fine Art is a gallery specializing in 19th and early 20th century American paintings. For more information about Views Across and Beyond: Important Works on Paper or viewing of specific works, please call (212) 731-0550; email info@hawthornefineart.com or visit www.hawthornefineart.com. 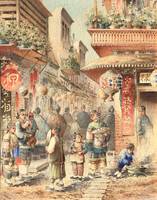 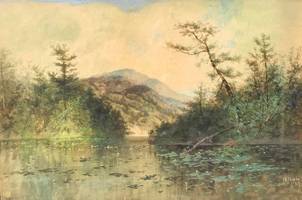 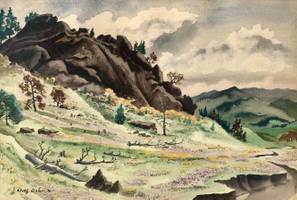 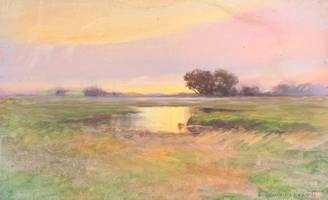 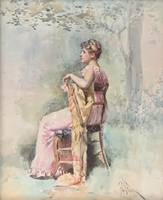 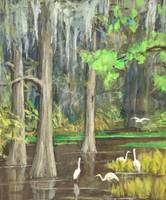 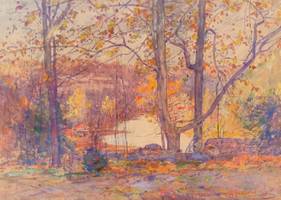 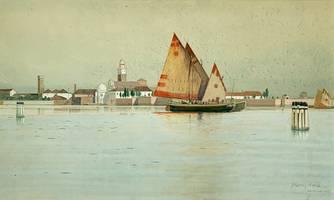 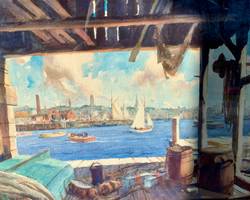 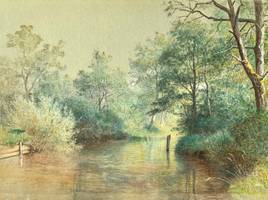 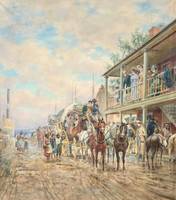 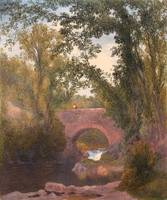 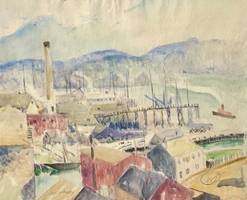 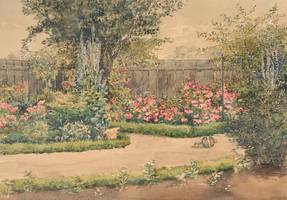 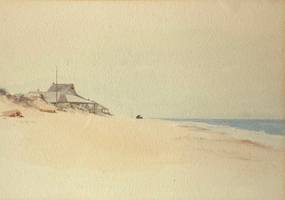 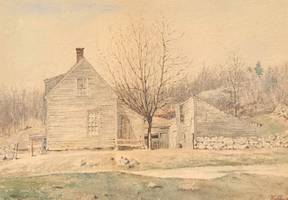 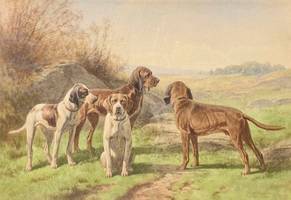 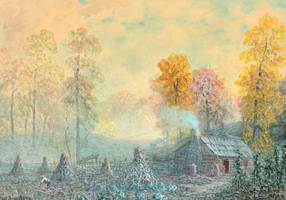 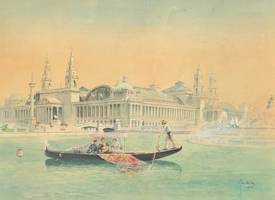