< Back to Historic Women Artists

Fidelia Bridges is known for her exquisitely detailed renderings of flora and fauna seen at close range, particularly in watercolor. Indeed, she is notable as the first and only female member of the American Watercolor Society, a group that was founded in1866 to promote the art of watercolor painting, and which included such illustrious painters as Samuel Colman (1832‒1920) and William Hart (1823‒1894).

Bridges was born in Salem, Massachusetts in 1834 to a sea captain and his wife, but was left orphaned by the age of fifteen. She found work as a nanny in the household of a Salem ship-holder, William Augustus Brown, moving with them to Brooklyn in 1854. It was in Brooklyn that she befriended the sculptor, Anne Whitney, who encouraged her to enroll at the Pennsylvania Academy of Fine Arts in Philadelphia, which she did in 1860. There, she studied with William Trost Richards, an advocate of the hyper-detailed Pre-Raphaelite approach, which would prove a lasting influence on her style. Following the Civil War, Bridges furthered her study of painting in Italy. 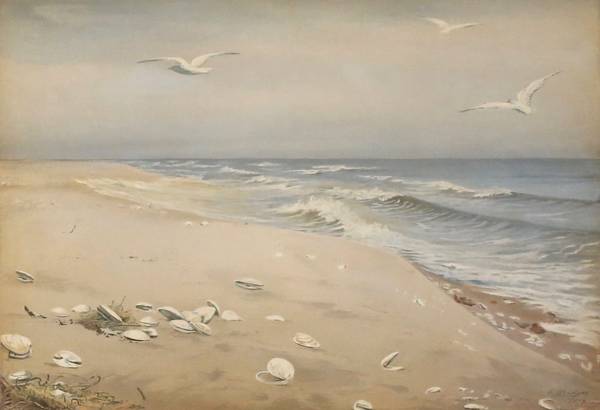