This piece:This painting will be part of the Albert Bierstadt catalogue raisonnéin production by Melissa Webster Speidel, President of the Bierstadt Foundation and Director of the project.

Bierstadt used his talent as a painter to capture the thrilling grandeur and majesty of his native land. Gordon Hendricks, an authority on Bierstadt, has argued that, “his life was a bridge from the romance of Cole to the Realism of the Ashcan School, and his work, a reflection of what many Americans, naïve and sophisticated, liked in the last half of the nineteenth century.”[1] Bierstadt was not only a superlative artist, however; he was also a true pioneer. In 1859, after joining the explorer Colonel Frederick W. Lander’s survey of Wyoming, he and an artist friend separated from the Lander party and bravely trekked back to the East on their own.

The painted images Bierstadt produced while on this epic journey provided many Americans with their very first glimpses of the American West. In Western Scenery, a lone figure stands amidst a lake scene with distant mountains cloaked in fog. It is an early example of Bierstadt’s enduring fascination with the American wilderness and of his talent for conveying its majestic beauty. 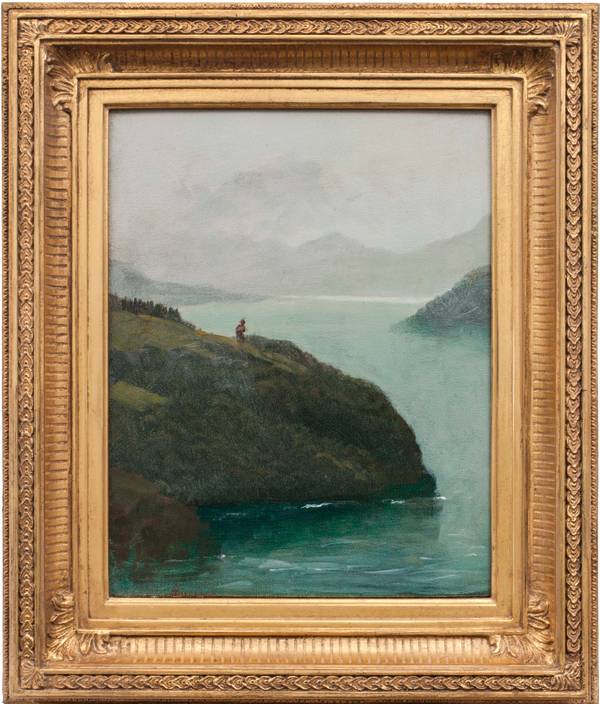 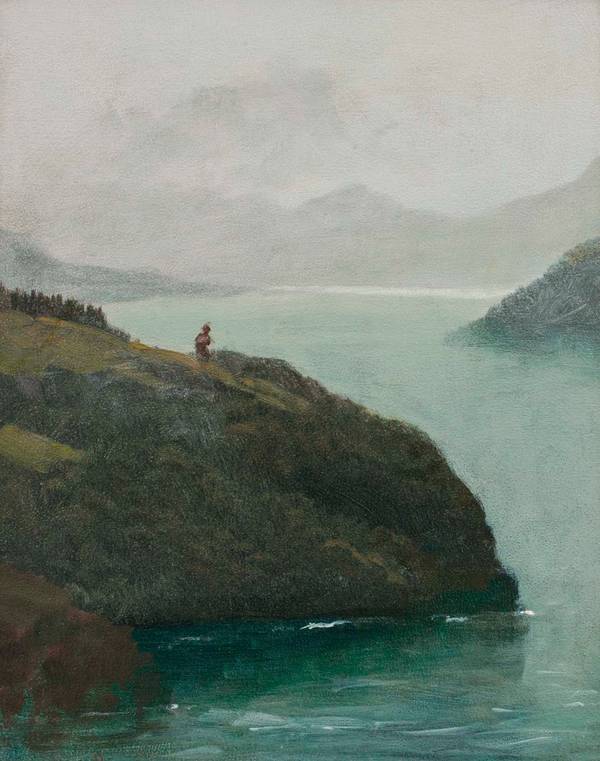